Skip to main content
Back to Top
Home »retirement planning

In this, the final installment of the series, Financial Strategies Simplified, we take a look at how to stretch your retirement income no matter how modest the starting balance.

There is a common misconception amongst clients that the day they retire their approach to investing and managing their RRSPs etc. has to change. But the reality is that today's Seniors are in many cases living until age 90 or more and the motherhood rules of investing - buy only safe fixed-income investments - may no longer apply.

Get More From Your RRSP

The so-called RRSP Season is on its way. TV, newspapers and magazines will soon be full of advertising to get you to make your last-minute RRSP deposits. And then RRSPs and retirement planning are often forgotten until the next deadline. But a little advance planning will get you more from your RRSP.

It is that time of year again when attention turns to RRSPs and tax planning. This year's contribution deadline is March 3rd, 2014 if you want to deduct the contribution against your 2013 income tax return.

The purpose for making an RRSP contribution, from a financial planning perspective, is to build savings and assets over time so that you can replace earned employment income with passive or investment income for your retirement years. In other words you can sleep in and still have the lifestyle you want without going to work!

In our previous article, we looked at how seniors generally wish to invest their money to feel safe while in reality their expenses rise throughout their retirement years as the cost of various services, such as hydro and property taxes, typically increase annually. ( See graph at bottom )

Your choices are to either decrease your spending or deplete your savings or some combination of the two in order to make ends meet. The challenge is to make sure you don't run out of money before you run of time!

In the mid - 1960s conventional wisdom or motherhood for retirement planning said that you should take all of your investments and put them into government bonds or fixed income type products. The thinking was that you could not afford to take any 'risk' in your retirement years. Thus it was believed that guaranteed investing was the best approach to retirement planning and they were correct at that time.

Canadians are living longer, healthier lives. According to Statistics Canada (2012), the average life expectancy is 78 years for men and 83 years for women. This means your retirement years may almost equal your working ones. Family therapist Rhonda Katz suggests taking some time before retirement to identify what you find enjoyable in life and thinking of ways to sustain that happiness level. She also says to honestly answer the following questions:

'Is there some aspect of my job that I would love to keep doing?'

Retirement Planning: Back to Basics

In the aftermath of the US housing market bust and the ensuing financial meltdown that led to global stock market declines of 2008, people are getting back to the basics as far as their retirement planning goes. Although the stock market has recovered, many pre-retirees have lost a lot of ground in their retirement accounts and are facing a new reality. Retirement may not be what they had originally envisioned; but with some retirement income 101 basics, most people should be able to get back on track.

How to Get Income Out of Your RRSP's

Roger and Linda, like many Canadians, have saved for years for their retirement. They took advantage of RRSPs and now have a substantial amount of savings. As Roger will turn age 71 this year, they need to decide on the best strategy for using their RRSPs for their retirement income needs.

Until now, Roger and Linda have been relying on their non-RRSP investments and government benefits so their RRSPs could continue to grow tax-postponed. Roger has to choose from the following by the end of the year or all his RRSP funds will be fully taxed:

Tax Free Savings Accounts (TFSAs) were introduced in 2009 and they seem to be struggling to catch on. Registered Retirement Savings Plans (RRSPs), however, have been around for over fifty years and attract billions of dollars of deposits each year. If you are serious about saving for your future, it is important to know the differences between the two.

While RRSPs and TFSAs seem to be very similar on the surface, they are really apples and kumquats apart. The only similarity is that, within limitations, earnings inside either plan are allowed to grow without current taxation.

Recent surveys* reveal that a large majority of so-called Baby Boomers are uncertain about their preparation for retirement. Arguably, the have it my way? generation did not all follow in their parents' footsteps when it came to saving for the future. As well, some major bumps along the way (a housing crisis, a stock market crash and a global financial crisis) have reduced many retirement 'nest eggs.' 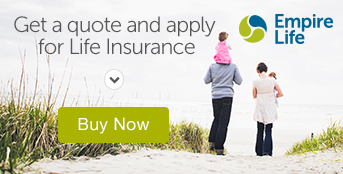 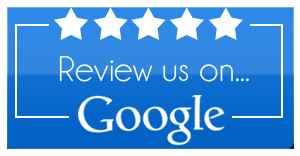 Protecting your family
Without barely a moment’s thought, you would protect your family from an immediate threat....

Your investments
Do you ever feel like life is too automated? Maybe you’re suspicious of the cruise control...

Your Retirement
After years of living the “rat race”, you are looking forward to the day when you can start...

Young family
You get home from work, your wife is tired, and the baby just spilled spaghetti all over the...

Your Legacy
You have worked all your life and saved for retirement. What other planning work could...
END_OF_DOCUMENT_TOKEN_TO_BE_REPLACED